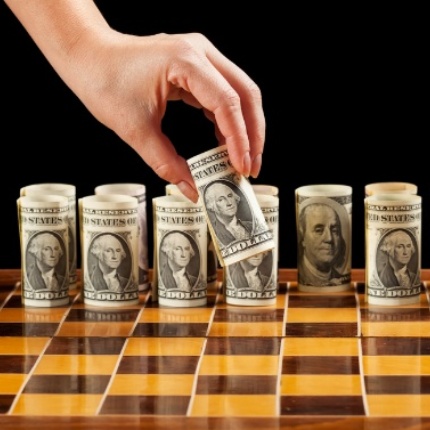 The U.S. economy has come a long way from the depths of the Great Recession.

In the second-quarter, U.S. GDP grew 2.3% (although this estimate will be revised twice more), all while the U.S. unemployment rate in July held steady at its lowest level (5.3%) in seven years. Admittedly, things are far from perfect for the U.S. economy — but growth is continuing at a steady enough pace that things almost feel back to normal.

As this “new normal” sets in, the Federal Reserve Open Market Committee will have to make some critical decisions in its upcoming meetings to determine what’s next for the American economy. With multiple tools at its disposal, the most likely course of action in the coming months — and one that Wall Street and investors have expected for a while — is a hike in the federal funds target rate, or the overnight rate that banks charge when lending to one another.

The federal funds target rate has a big influence on the prime rate — the lowest rate commercial customers are charged — which in turn can help influence a number of other lending rates, such as auto loans, home equity lines of credit, credit card rates, and mortgage rates (the FOMC can alter the discount rate to influence mortgages, too). Raising the federal funds target rate should slowly put the brakes on lending practices since it makes borrowing money more costly for businesses and consumers.

While making this move may spare the U.S. economy from dealing with rising levels of inflation, rising interest rates can be a double-edged sword for consumers. As noted above, higher lending rates increase the cost of borrowing. But for fixed-income investors, higher lending rates are a godsend as they can increase their investments’ rates of return, which in some cases — such as with CDs, money market accounts, savings accounts, and even U.S. Treasuries — have been underperforming the rate of inflation for years, leading to real money losses.

With this in mind, here are three money moves you should consider making before lending rates rise.

1. Pay Down (Or Off) Variable Rate Debts

No one wants to be carrying around debt in the first place, but a rising federal funds rate will likely create an immediate domino effect that results in a higher interest rate paid by variable credit line holders. This means if you have variable rate credit cards, home equity lines of credit, and variable rate mortgages, you can expect payments to rise if you don’t make a concerted effort to pay down your principal.

If paying down your debt isn’t a viable option at the moment, consult with your financial institution, or competing financial institutions, about your options to refinance to a fixed-rate loan. Today’s fixed rates are about as attractive as any consumer has seen in multiple generations, making the prospect of refinancing a potentially smart move.

2. Consider Buying Real Estate
There is arguably no greater one-time expense in your life than buying a home. Most Americans don’t have enough cash sitting in their checking or savings account to pay off a home with the stroke of a pen, meaning many Americans will be taking out loans to buy homes. An American Community Survey conducted in 2013 showed that only around a third of the country’s estimated 132.8 million housing units were completely paid off, leaving close to 90 million housing units out there with a mortgage that wasn’t paid in full.

The good news is that with mortgage rates near historic lows, now would be a smart time to consider locking in a low fixed-rate with your preferred lender and buying that home you’ve been thinking about. And don’t worry about a quarter point in interest here or there, because lending rates now are about as attractive as they may ever get.

3. Hold Off On Long-Term Fixed-Income Investments

A third move to consider is to hold off on buying long-term fixed-income securities.

Another opportunity may be found in creating a CD step ladder whereby you split your intended investment up among a variety of maturity dates. This way you always have some short- and long-term flexibility and you’re not on the edge of your seat waiting for the next interest rate move from the FOMC.

One Move You Should Avoid

There are a lot of smart moves American consumers and investors can make before lending rates start rising, but one move to caution against is abandoning your dividend stocks in favor of fixed-income investments in a rising rate environment.

Although dividend yields may not appear as attractive on the surface if lending rates are rising, dividend stocks have historically crushed non-dividend-paying stocks over the long-term. Furthermore, dividend stocks act as a beacon for investors that signal the stability of a business, while regular dividend payments can help buoy investors during inevitable stock market downturns.