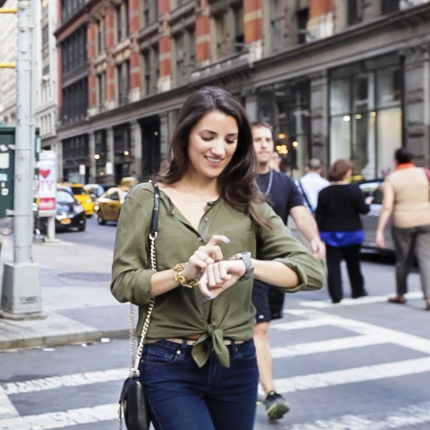 Like schlepping to the gym in a snowstorm, sitting down to put together a monthly budget has to be one of the least enjoyable tasks known to mankind. More than two-thirds of Americans freely admit they don’t even bother with a budget, according to a 2013 Gallup poll.

That’s despite the fact that one-third agree that their biggest financial worry is having enough money to cover their bills each month. Could a new financial smartwatch change that?

That’s what former CNN and CNBC news anchor Nicole Lapin is banking on anyway. This week Lapin is launching the CASH Smartwatch. Through its iPod-like touchscreen, the CASH smartwatch, which sells for $139, lets consumers track their day-to-day expenses manually and syncs to an online budget they create at cashsmartwatch.com.

“I think budgeting is a tough thing to do for a lot of people,” Lapin says. “It was important to me to make this a wearable device that is actually a physical reminder that you’re on a budget.” 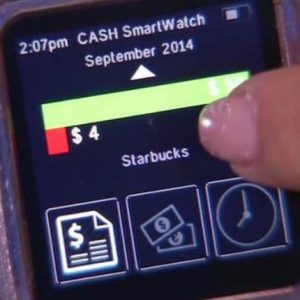 The CASH smartwatch is nothing like the high-tech wearables so in vogue today. It won’t tell you the weather, play music, or track your steps. And unlike other money management tools, like Mint or Learnvest, you can’t sync your bank accounts and credit cards for easy expense tracking.

And that’s the point, Lapin says. “With a lot of these automated services that take all of your payment history, you don’t actually see what you’re doing,” she says. “Part of my goal with this is to actually change behaviors. You have to go through the pain of seeing what you’re spending.”

Her idea has merit. Behavioral economists call it the “pain of paying,” a concept that explains why consumers are more likely to spend when they don’t “feel” like they’re losing cash — for example, when using a credit or debit card. Likewise, if you use a smartphone app or web tool to automatically track your expenses, you don’t get the physical reminder that money has been spent, Lapin argues.

But is it worth spending $140 for yet another smart gadget when there are so many free budgeting tools available out there? We tried out the CASH smartwatch ourselves to see if it really made a difference in our spending. It can be useful for someone who wants to break down their spending patterns in real time. We appreciated how it reminded us how much we were spending on what, and how close we were to going over-budget in selected categories. But, at least as of now, it’s a bit of a time-consuming and cumbersome process to sync the watch with the website. And for those on the go – who might be carrying bags, an umbrella, a child – trying to enter your purchase in the watch can quickly turn into an Olympic juggling event.