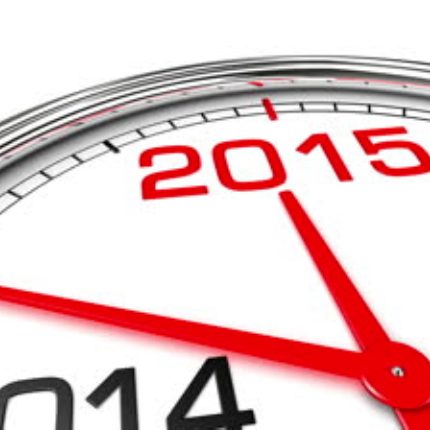 Now is a good time to review some important year-end financial tasks.

Some need to be addressed by December 31, and others you should make part of an annual financial review.

1. Estimate your total tax and check your withholding.

If you received a large refund on your 2013 taxes, or had to pay a large amount to the IRS, you may want to consider adjusting your withholding rate. Ideally, you should fine-tune your withholding to pay just as much as necessary. A quick way to evaluate where you stand is to look at your tax liability from 2013 and compare it with what you’re on track to have withheld in 2014. If the two numbers aren’t close, consider making changes to the Form W-4.

If you’ve been meaning to make a donation and want to lower your tax bill for 2014, be sure to make your contributions before the end of the year. You might want to consider donating appreciated securities or using a donor-advised fund.

Many investors employ tax-loss harvesting as a strategy for reducing taxes on realized gains from winning investments. To claim any losses against this year’s realized capital gains, you’ll need to sell your investments that have lost value by the end of the year.

One way to maximize the value of tax deductions is to bunch two years’ worth of itemized deductions into a single year. For example, if you have unreimbursed work expenses that you incurred early in the year, you might be able to accelerate payments for deductible expenses in order to pull next year’s expenses into this year and double up your 2014 deduction.

Take a few minutes to see whether you can make an additional contribution before the end of the year, especially if you haven’t reached your full employer match. An extra $500 contribution every year for 20 years could add up to $24,003. (This example assumes a 7% annual rate of return and no withdrawals during the period. The future value does not reflect any federal, state, or local taxes.) The maximum you can contribute in pretax dollars for 2014 is $17,500, or $23,000 if you’re over age 50.

Flexible spending accounts have use-it-or-lose-it deadlines. The U.S. Treasury Department did relax the rules a bit this year. Employers can allow participants to carry over up to $500 in unused funds into next year, so check with your employer to make sure your balance doesn’t exceed that.

The broad stock market has outperformed the bond market by a wide margin, meaning your balance of stocks and bonds may have changed. You may need to bring your portfolio back in line with a diversified mix that is best for your situation.

8. Check the beneficiaries on financial accounts.

One important point to keep in mind is that retirement accounts pass directly to named beneficiaries, rather than becoming part of your estate. That can provide significant tax advantages for your heirs. So review your beneficiary designations, especially important if you have had some changes in your life, such as a birth, or a death, or a change in marital status.

9. See whether you are saving enough.

You might consider increasing your contribution rate for your 401(k), or other workplace retirement savings account, if you have one. Also, consider opening an IRA, which could also lower your tax bill if you are eligible for a deductible IRA. You can contribute up to $5,500 into an IRA for 2014 and, if you’ve reached age 50, an extra $1,000, right up until the April 15 tax-filing deadline.

10. If you’re over 70½: Take your minimum required distribution.

The penalty for failing to take a required distribution is steep: a 50% tax on the amount not taken in addition to regular income tax on the amount that should have been withdrawn. If you reached 70½ this year, you have until April 1, 2015, to take your 2014 distribution, but it still might be a good idea to do it before the end of this year. Why? Because if you wait, you’ll have to take two distributions in one year that could push you into a higher tax bracket.