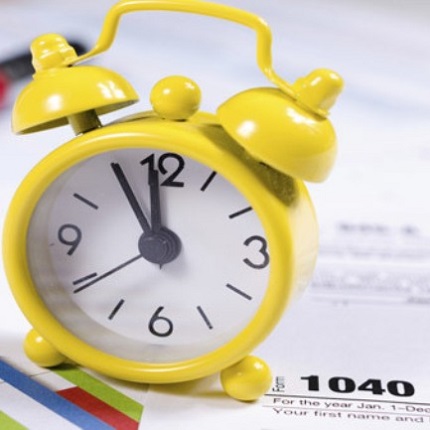 Not rushing your tax filings is good advice, but there’s plenty more for the eleventh-hour filer too.

According to WalletHub.com, only 28% of Americans wait until April to file their taxes. Maybe that’s because they need all the help they can get. And that help is available to make sure you file your taxes no matter what.

WalletHub advises later filers to not “try to hide” and avoid filing. “You’re not going to slip through the cracks, and the IRS has proven far more willing to work with people when they’re straightforward about their ability, or lack thereof, to meet tax obligations,” the personal finance site says. “Submit your return by the April 15 deadline even if you don’t have the money to pay, and select the appropriate payment strategy for your situation.”

It’s also a good idea to look out for frauds and scams. If you’re in a rush, it’s easy to fall victim to phishing, illegitimate tax servicing companies and scams by fraudsters looking to steal your tax refund, WalletHub says.

Jeanette Pavini, a savings expert at Coupons.com, says late filers should e-file their tax returns with direct deposit if expecting a refund. “You could get your tax money within a week or two, as opposed to eight weeks for other methods,” she says.

Others elaborate on the “don’t panic” theme and emphasize preparedness. “Organize your documents before sitting down to prepare your taxes, and organize your tax forms by category,” says Lisa Greene-Lewis, tax blog editor for TurboTax. “Put anything related to income — W-2s, 1099s — together, and next receipts for expenses, like mortgage interest 1098, property taxes, DMV documents, charitable contribution receipts and business expenses.”

Don’t sacrifice legitimate deductions because you’re pressed for time, either. “Even if you wait until the last minute, don’t forget about the money you shelled out for expenses in 2014,” Greene-Lewis says. “Taxpayers often forget about deductions like student loan interest, moving expenses and summer day camp — even the cost of moving a pet may save you money on taxes.”

If you’re going to owe money but can’t afford to pay, file your taxes anyway and reach out to the IRS immediately for an installment agreement, says David Selig, a New York City tax attorney. “The IRS and state will be happy to take your money, and you’ll avoid enforced collections and a whole lot of unpleasantness later on down the road.”

Liberty notes a U.S. General Accounting Office report that almost 70% of individual taxpayers take the standard deduction, and more than 2 million collectively overpaid the government by $945 million because they did not itemize — about 24% percent overpaying by $500 or more. In tax year 2012, nearly two-thirds of all individual taxpayers took the standard deduction.