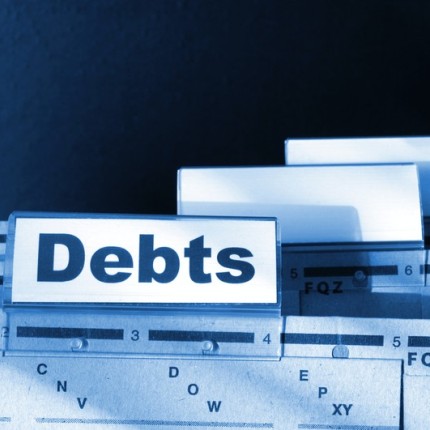 You often hear that there’s good debt and bad debt.

That’s probably because we’d all be depressed if financial experts went around referring to bad debt and worse debt. After all, it’s challenging to live without owing somebody something. If you want to buy a house with cash, by the time you save up enough, it may be time to head to the retirement home. If you’re saving up to buy a car free and clear, you may have to spend a lot of years riding the bus. Most people get through life by borrowing money.

So, sure, there’s good debt (the kind you probably can’t avoid carrying) and there’s bad debt (the kind you should try to get rid of sooner rather than later). One key to determining which debts to pay off now versus later is the interest rate: The lower it is, the longer you can carry the debt without it becoming a burden.

Here are some guidelines to help you prioritize your debts.

The Reasoning. If you have a large mortgage, and you win the lottery or come into an inheritance that allows you to pay your house off easily, doing it now is probably not a bad idea. As Jesse Walton, Jr., a vice president at the Walton Group at Morgan Stanley, says, “Paying off debt early is almost always a positive thing.” That includes mortgages. But if you make it your main goal to pay off your mortgage, Walton says you might end up sacrificing other goals like saving for retirement or your kids’ college education. “In most households, there is more than one financial goal being targeted. Being debt-free is simply one of them,” Walton says.

The Reasoning. With the steep interest rates on credit cards (the national average is 13 percent for fixed-rate credit cards and 15.7 percent for variable-rate credit cards), this one’s a no-brainer. “Plain and simple, revolving credit card debt is bad debt,” says Kent Kramer, chief investment officer and lead advisor at Foster Group, a financial planning and investment advisory firm headquartered in Des Moines, Iowa. Not only is paying all of that interest expensive, he adds, “it’s a result of a lifestyle people can’t yet afford … People say they can catch up on their income, but what happens is that they establish a pattern of increasing their [expenses for their] lifestyle, making it impossible to catch up.” Walton agrees. “There is no downside to paying off credit card debt,” he says.

The Reasoning. Let’s just stress that if you have a choice between buying a sports car or retiring that student loan debt, you know what the smart decision is — and, no, it doesn’t involve turning up Sammy Hagar’s “I Can’t Drive 55.” But in most cases, you’ll be just fine if you make the monthly student loan payment and don’t stress over paying it off any faster. “Student loans tend to have a low interest rate and an extended payment period,” Kramer says. “They are also typically unsecured loans that are not tied to collateral such as property, meaning your creditor will not likely repossess your personal assets, such as your home, if you are forced to delay repayment.”

That’s another argument for not sinking all your extra funds into student loans. Falling behind on student loan payments can lead to some dire scenarios, such as having your wages garnished. But even that’s still arguably better than having your house foreclosed or car repossessed. In most cases, if you have an extra thousand dollars, you’re better off using it to pay down your revolving credit card debt than putting it toward student loans.

Car Loans: Pay off sooner rather than later.

The Reasoning. If you can buy a perfectly good used car and borrow less, or buy a car without a loan, that’s ideal. But if you’re going to go into debt when you buy an automobile, try not to get stuck in a lengthy loan. Experian Automotive recently reported that in the second quarter of 2014, the average new-car loan, for the second quarter in a row, was 66 months. That’s an all-time high. And that’s just the average. Approximately a quarter of new-car loans are between 73 and 84 months long. Those are six- and seven-year car loans.

Historically, the average car loan has been around four to five years, with three years considered the sweet spot. Consumers are naturally attracted to an 84-month loan because the monthly payment is far lower than it would be if you took on a 36-month or even 60-month car loan. But you’ll likely pay thousands more with a lengthy loan. You may also find that your warranties will run out long before you make that final payment, and if you’ve bought a clunker, it may not even last seven years. As Walton says, “The sooner you pay off the debt, the more cash flow that you have to work with.”

Car Insurance Premiums: Pay off now, but only if you can.

The Reasoning. This is small potatoes as far as your financial obligations go, and it may not be fair to call it a debt, since you pay as you go with insurance. Still, if you have car insurance, it’s a financial obligation that you’re generally stuck paying indefinitely, so it feels like a debt. If you can pay six or 12 months ahead of time instead of just once a month, “you can avoid installment fees, which generally run between $5 and $9 dollars month. These additional costs, although relatively small individually, can add up over a 12-month policy period,” says Kelly Pappas, an insurance agent at Foster Sullivan Insurance Group at North Andover, Massachusetts.

Moreover, you’ve not only saved some money — you have one less monthly bill to worry about as you deal with your bigger debts. On the other hand, if you’re going to have trouble making your car payment because you’re paying for a year’s worth of car insurance, stick with the monthly plan. Paying debts off successfully is really about successfully managing your cash flow.