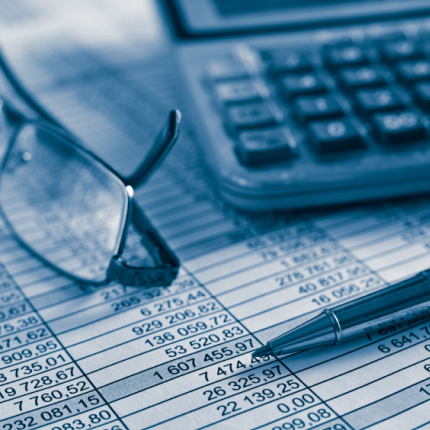 Accountants and financial advisors may be breathing a sigh of relief that there were no major new tax-law changes this year, but that doesn’t mean they’re happy about the higher taxes their clients are paying now compared to just a few years ago.

“Some clients whose situation did not change at all paid $6,000 or more in 2013 vs. 2012,” said Jim Holtzman, a CPA and certified financial planner with Legend Financial Advisors.

Holtzman and other tax advisors expect more of the same, which is why they are being especially aggressive about managing the income-tax liability for their clients. There is less emphasis on estate taxes because the exemption—$5.43 million per person—is so high now.

High earners also pay a 3.8 percent Medicare surtax on their net investment income if their modified adjustable gross income is more than $200,000 for singles and $250,000 for married couples. And there’s the 0.9 percent Medicare payroll withholding tacked on to the incomes of people earning $200,000 if single and $250,000 if married.

Even professionals’ heads are spinning. “It’s become so complicated,” said CPA Lyle Benson of L.K. Benson & Co., who is also a CFP. “I have a little cheat sheet of all the different taxes at the different levels that I keep by the phone and refer to when I’m talking to clients.”

Tax planning is better done looking out three or five years, noted Katherine Dean, managing director of wealth planning with Wells Fargo Private Bank. “If you see some sort of trend coming up—will there be an increase in income or a reduction in income—you can tailor your deductions or deferrals,” she said.

For example, if your income is high this year and you expect it to increase in coming years because your career is on a roll, it’s better to accelerate deductions when you can to offset some of those higher earnings through higher charitable contributions, prepayment of state income tax or selling securities at a loss.

Another option is to postpone some of that income, perhaps by maxing out 401(k) plan contributions or moving out the sale date of stock options into a year when you have less income. “You want to ask yourself, ‘Do I pull the lever [on deductions or income] now, or will I be in a better position to take advantage of them later on?'” Dean said.

It’s not just real estate where location is key. To avoid adding to their clients’ tax burdens, tax planners make sure to place income-producing investments, such as bonds and real estate investment trusts, in tax-sheltered accounts, including 401(k) plans and individual retirement accounts.

The income from those investments is taxed as ordinary income and could push a taxpayer into the higher categories if they are hovering on the edge. But when it’s in a retirement account, no tax is owed until the funds are withdrawn (or in the case of Roth IRAs, no tax will ever be owed after the contributions are made).

Last year Benson analyzed the tax efficiency of one client’s investments and found that the client had a hedge fund that Benson calls “horribly tax inefficient.” “The performance wasn’t very good to begin with, but when you looked at the after-tax performance, it looked even worse,” he said.

He recommended selling the hedge fund and moving other income-generating investments into retirement accounts while keeping stocks in taxable brokerage accounts.

Starting with your 2014 tax returns, you’ll need to prove that you are covered by a health insurance plan that meets that standards of the Affordable Care Act or pay a penalty. To do that, you’ll need a form that you submit with your tax return to avoid the penalty, the crux of the plan’s so-called individual mandate.

“The penalties are pretty nominal the first year,” noted Tim Steffen, a CPA and CFP and director of financial planning at Robert W. Baird & Co. But he pointed out that the penalties will rise over time.

“The rule of thumb used to be that you gave away as much as you can during your lifetime, but there are real advantages in keeping things in your estate now.” -Tim Steffen, director of financial planning at Robert W. Baird & Co.

The higher estate-tax exemption means that few people pay the federal estate tax now. Many professionals are rethinking their traditional advice. “The rule of thumb used to be that you gave away as much as you can during your lifetime, but there are real advantages in keeping things in your estate now,” Steffen said.

By keeping appreciating assets inside the estate, heirs have the opportunity to get a step up in basis when they inherit them. So if a stock, for example, appreciates from $100 to $1,000 during a person’s lifetime, the clock starts over for heirs at the time they inherit it. When heirs sell those securities, their cost basis is on the date they inherited the assets.

Some people may no longer have to pay the federal estate tax but still need to pay it in the state where they live, because the exemption limits may be lower. “Every state has different rules about estate taxes,” Dean said. “That comes up a lot when dealing with clients that have beneficiaries that don’t live in the same state.”