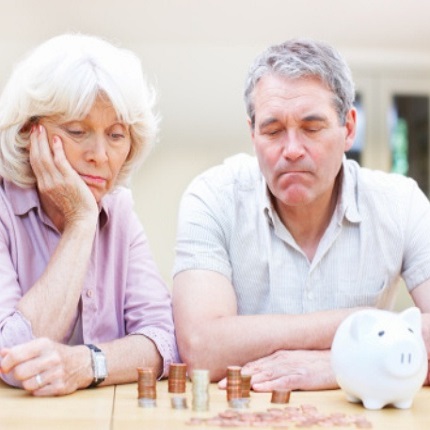 You think it’s tough managing your 401(k) now, just wait until you are 80 and not quite as sharp as you once were—or still believe yourself to be.

Cognitive decline in humans is a fact. It starts before you are 30 but picks up speed around age 60. A slow decline in the ability to think clearly wasn’t an issue years ago, before the longevity revolution extended life expectancy beyond 90 years. But now we’re making key financial decisions way past our brain’s peak.

Managing a nest egg in old age is the most pressing area of financial concern, owing to the broad shift away from guaranteed-income traditional pensions and toward do-it-yourself 401(k) plans. Older people must consider complicated issues surrounding asset allocation and draw-down rates. They also must navigate an array of mundane decisions on things like budgets, tax management, and just choosing the right cable package. Some will have to vet fraudulent sales pitches.

About 15% of adults 65 and older have what’s called mild cognitive impairment—a condition characterized by memory problems well beyond those associated with normal aging. They are at clear risk of making poor money decisions, and this is usually clear to family who can intervene. Less clear is when normal decline becomes an issue. But it happens to almost everyone.

Normal age-related cognitive decline has a noticeable effect on financial decision making, the Center for Retirement Research at Boston College, finds in a new paper. Researchers have followed the same set of retirees since 1997 and documented their declining ability to think through issues. Despite measurable cognitive decline, however, these retirees (age 82 on average) demonstrated little loss of confidence in their knowledge of finance and almost no loss of confidence in their ability to manage their financial affairs.

Critically, the survey found, more than half who experience significant cognitive decline remain confident in their money know-how and continue to manage their finances rather than seek help from family or a professional adviser. “Older individuals… fail to recognize the detrimental effect of declining cognition and financial literacy on their decision-making ability,” the study concludes. “Given the increasing dependence of retirees on 401(k)/IRA savings, cognitive decline will likely have an increasingly significant adverse effect on the well-being of the elderly.”

Not everyone believes this is a disaster in the making. Practice and experience that come with age may offset much of the adverse impact from slipping brainpower, say researchers at the Columbia Business School. They acknowledge inevitable cognitive decline. But they conclude that much of its effect can be countered in later life if problems and decisions remain familiar. It’s mainly new territory—say mobile banking or peer-to-peer lending—that prove dangerously confusing.

In this view, elders may be just fine making their own financial decisions so long as terms and features don’t change much. They will be well served by experience and muscle memory—and helped further by smart, simplified options like target-date mutual funds and index funds as their main retirement account choices. The problem is that nothing ever really stays the same. Seniors who recognize the unfamiliar and seek trusted advice have a better shot at keeping their finances safe throughout retirement.