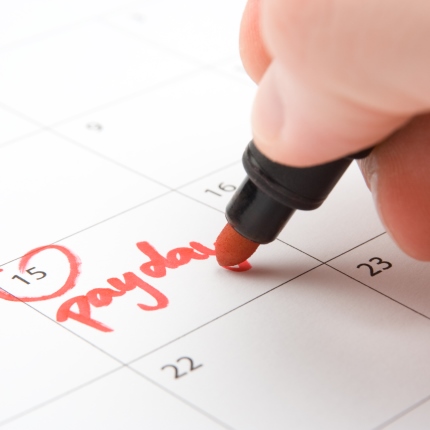 Every month, employers across the U.S. send money to the IRS to cover payroll taxes—levies drawn from employee pay to cover Social Security, Medicare, and unemployment insurance.

However, many end up botching the payroll process.

The IRS issued 6.8 million penalties totaling $4.5 billion related to these employment taxes for the year ending last September, according to recently published data from the IRS .

Those numbers are down from 2009, when the IRS issued 7.9 million penalties for $7.1 billion. The government doesn’t say what share of the fines were handed out to small businesses, but large employers are generally better equipped to stay current on ever-changing tax rules.

Why are businesses incurring enough in annual penalties to pay for a new Navy destroyer? As companies get bigger or smaller and hire different types of employees, the rules they must follow can shift. Tax collectors often change rules on their own accord, meaning a business that paid payroll taxes on a monthly basis one year might be expected to pay every two weeks in the next. “There are so many little rules for a small business owner to stay on top of,” says David McKelvey, a New York-based partner at accounting firm Friedman.

McKelvey advises his clients, which generally have at least $1 million in annual sales, to outsource payroll services. Companies such as ADP and Paychex, to name two of the largest payroll firms, have the resources to stay current on tax rules and in many cases will guarantee customers against payment of IRS penalties, McKelvey says.

Plenty of small businesses handle payroll taxes on their own. ZenPayroll Chief Executive Officer Joshua Reeves, whose startup provides online payroll software, says 40 percent of U.S. businesses are calculating payroll taxes by hand, according to his company’s research. That’s unsurprising in the context of a recent GoDaddy survey, in which 46 percent of respondents said they don’t use an accountant at all.

Hiring a payroll specialist is a good idea as long as you’re careful about whom you hire, says Barbara Weltman, an independent tax attorney. Payroll companies usually pay tax collectors with money debited from business owners’ accounts. Earlier this year the owner of a California payroll company disappeared with millions of dollars in client funds.

For small business owners that go it alone, Weltman offers this advice: “Put Uncle Sam first when it comes to paying bills.” That’s because the government adds penalties and interest to late payments. ZenPayroll’s Reeves says small business owners should expect tax rules to change and ought to consult an accountant, the IRS, or other experts on new developments. “Don’t try to do what you did last year,” he says.