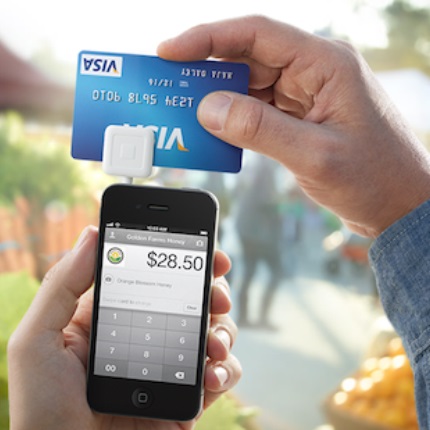 Are Americans entering into a love affair with mobile payments ?

Even though the technology is still rather new, Forrester expects U.S. consumers to adopt mobile payments at an accelerated rate, reaching $90 billion by 2017. And following the highly anticipated release of Apply Pay Oct. 20, that number is only expected to grow.

Apple users with an iPhone 6 or iPhone 6 Plus will be able to use their devices as digital wallets, both in-stores and online, using touch-and-pay ID technology. This isn’t exactly a unique concept; it’s reminiscent of mobile payment applications Bump Pay (now discontinued) and Google Wallet, which consumers have been slow to adopt. Apple Pay is expected to strike a perfect balance between customer needs and services.

Analysts at EMarketer had predicted slower growth in the mobile payments market until Apple unveiled its new technology. Here’s what the growth prediction looked like before the announcement: 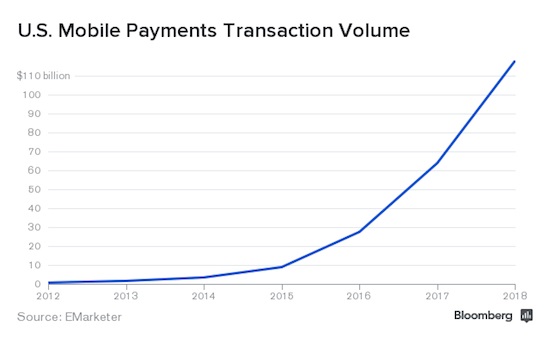 Here are the revised projections: 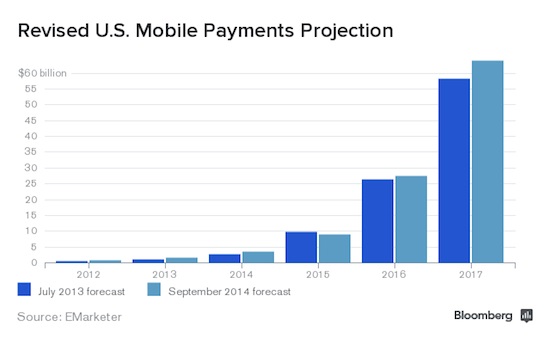 Now that Apple is in the game, it looks like mobile payments in 2014 just got $905 million richer.

So far, Apple Pay has partnered with major retailers Bloomingdales, McDonalds, Walt Disney World and Whole Foods, with more coming in the near future. Those are some big names with huge customer bases, but what about your church’s donation plate or the tip jar at your local coffee shop? Are we entering a mobile-only world where physical cash will be rendered obsolete?

The Future of Mobile Payments

When considering the future of mobile payments, we have to look beyond the current generation of consumers. We simply cannot expect a sudden switch to such a new and innovative concept. Future generations of consumers will likely adopt the technology and never look back. Wired predicts we are three to five years away from a tipping point with tier 1 merchants like big box retailers and seven to 10 years away from tier 2, such as local dry cleaners and coffee shops.

Bradley Wilkes, CEO, president and founder of WingCash also has his sights set on future generations of consumers. “Digital money is so compelling — it is safer, more convenient, more cost-effective to produce, distribute and handle than physical coins and bills,” he said. “The day will come when youngsters will be as unfamiliar with handling paper and coin as they are with handling cassette tapes.”

Overall, merchant acceptance of mobile payments has been spotty, but the launch of Apple Pay is timed perfectly with the transition to chip cards, which merchants must adopt by October 2015. If merchants will be purchasing new point-of-sale terminals that are compatible with chip card technology, will that motivate them to invest in equipment that also supports mobile payments? Many industry experts believe this could be a huge driver in the accelerated adoption of mobile payment technology.

Getting retailers on board with mobile payment technology is just one piece of the puzzle. Getting consumers to actually use it will be driven by the following factors:

Convenience – Convenience is a key factor in winning over consumers. Apple Touch ID confirms a user’s identity with a fingerprint and eliminates the need to enter PIN numbers or sign receipts. The increased convenience trickles down to retailers; studies show consumers spend more when they are offered multiple payment options. In fact, some behavioral scientists and consumer psychologists are already warning that Apple Pay will introduce more thoughtless, impulsive spending.

Familiarity – Consumers are settling into the concept of mobile payments and are adopting a more pragmatic view of the technology. When polled, 70 percent of consumers believe mobile payments at the point-of-sale will be widely available in three to five years.

Security – Apple has partnered with MasterCard, American Express and other financial institutions to create digital, locally stored versions of customer’s existing credit cards. Mobile payments mean consumers are less vulnerable to data breaches like the ones we’ve seen at Target and Home Depot.

Is it Possible for Cash to Go Extinct?

Although there is no shortage of articles predicting the downfall of cash, it’s probably too far-fetched to expect cash payments to disappear completely. For many, cash is still king and other supposedly “obsolete” forms of payments, like checks, have proven to have staying power.

There is also the issue of whether consumers are really ready to adopt mobile payment technology. Sandy Shen, a Gartner analyst, has expressed some doubts about the future of mobile payments. “Cash and cards are convenient and accepted in all locations, so mobile phone payment needs a better reason to persuade people to make the switch,” she told Bloomberg. “A smooth user experience is not a strong enough reason for the switch.”

Consumers aren’t the only ones who might be slow to adopt mobile payment technology. Data from Intuit shows that 55 percent of the nation’s 27 million small businesses do not accept credit cards. Despite study after study proving otherwise, many merchants believe it’s too expensive to take credit. Given this, the likelihood of those merchants adopting mobile payment technology in the near future seems slim.

Finally, there are still plenty of valid reasons consumers like to use cash. It’s easier to control spending on a cash system and using cash helps protect you against data breaches.

For now, the swipe-and-pay credit card payment system works well for most consumers. Mobile payments are more focused on the customer experience, which is where the value lies. Merchants can add to the customer experience by including perks like automatic discounts, reward points or free shipping if an item is out of stock. The more mobile payments consumers make, the more loyal they become – and that’s what will finally tip the scales.