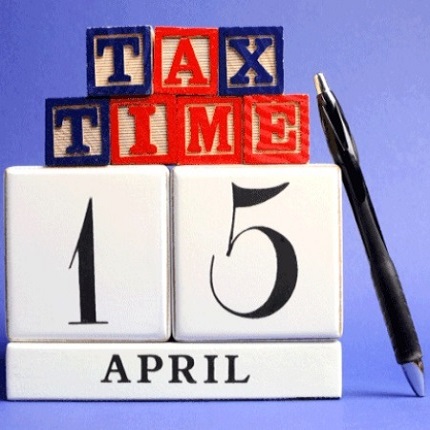 The April 15 tax deadline is right around the corner!

So here are some answers to questions that tax preparers say are at the top of people’s minds during tax season.

Erin Nielsen, an accounting senior at Walsh College in Troy, Mich., volunteers to prepare taxes at the Accounting Aid Society. She has heard complaints from some upset filers who owe taxes, even though their income is low enough to qualify for free tax help. They don’t understand why they’re not getting a refund.

Some people receive a nasty surprise because they may be claiming too many dependents and don’t have enough money for taxes withheld from their paychecks, said Nielsen, 33, who hopes to log about 72 volunteer hours by the end of the tax season. Or, she said, some filers may owe the city income taxes, again because taxes were not withheld.

Consumers who are in a tight spot might want to resubmit a W-4 form for the 2015 year and turn that form into one’s employer to change how much tax is withheld from each paycheck. Re-doing the W-4 now might avoid tax headaches next tax season.

No. 2: Why do I get strange letters from the Internal Revenue Service?

Some taxpayers are concerned about a letter they’ve received from the IRS called a 5071C Letter that asks the taxpayer to verify that they did indeed file their tax return.

Dan Hoops, associate professor of accounting and taxation at Walsh College and faculty liaison between Walsh and the Accounting Aid Society, said the 5071C letter is sent because the filed return contains various inconsistencies with their tax returns in previous years.

The 5071C letter is part of the IRS effort to crack down on tax scams. “Receiving this letter is simply a head’s-up and something you should be glad to receive,” Hoops said. The letter indicates that the government spotted a possible fraudulent return that contains a real taxpayer’s name and/or Social Security number.

The IRS said taxpayers receive a 5071C via the U.S. Postal Service in order to make sure the taxpayer verifies his or her identity. The IRS is not requesting this information via e-mail or telephone. The taxpayers who receive a 5071C in the mail can either call the toll-free number on the letter or verify identification at idverify.irs.gov. Only taxpayers who receive a letter should go to idverify.irs.gov. Taxpayers will need to verify some information during this process, such as name, date of birth, Social Security Number and some key information from your 2014 tax return.

One big mystery is when someone needs to file a tax return — and when they don’t. TurboTax said this is one of the popular questions of the day and offers some guidelines.

The filing requirement states that you don’t have to file a federal return if your income is below $10,150 for individuals or $20,300 for spouses filing jointly under age 65. But it could be very important for some to file a return even if they made less money than those levels. You’d want to file a federal return to get a refund on any withheld federal income tax and if you’re eligible for refundable tax credits like the earned income tax credit.

The Internal Revenue Service website has an interactive questionnaire to help you figure out if you should file, even if you don’t need to file a return. A person has to go through a series of yes or no questions and it could be time consuming. But it’s better to know the correct answer than losing out on a refund that could amount to a few hundred dollars.

The new tax rules relating to the Affordable Care Act make it necessary for some to file, too. Someone who might not have to file otherwise may have received an advanced premium tax credit for health coverage. But anyone who received the advance premium credit last year has to file a 2014 tax return to reconcile their estimated income for the credit with the actual income and family situation for 2014.

No. 4: Do I have to pay taxes on gambling winnings?

Yes, gambling winnings are taxable and reported as “other income” on Form 1040. Gambling losses are deductible only to the extent of winning and would also be included in miscellaneous itemized deductions for amateur gamblers, said Barbara Weltman, author of J.K. Lasser’s 1,001 Deductions and Tax Breaks 2015.

Gambling winnings are to be reported whether the money was won in Detroit, Canada or elsewhere. Another point on miscellaneous deductions: Only the total amount that exceeds 2% of adjusted gross income is deductible.

No. 5: Can I deduct moving expenses for a new job?

Maybe. It’s a tax break that’s definitely worth looking into, especially if you’re a recent college graduate with a new job many miles away from home. Several thresholds must be met, but it is possible to deduct moving expenses on Line 26 of the 1040, even if one does not itemize other deductions.

“Of course, any amounts paid by an employer and excluded from income cannot be used for a deduction,” said Marshall Hunt, certified public accountant and director of tax policy for the Accounting Aid Society’s tax assistance program.

If you had no previous job, your new job must be at least 50 miles from your old home. Other rules apply: If you are an employee, you must work full-time for at least 39 weeks during the first 12 months immediately following your move to the general area of your new job. You can consider moving expenses incurred within one year from the date you first reported to work at the new location. See Internal Revenue Service Publication 521.