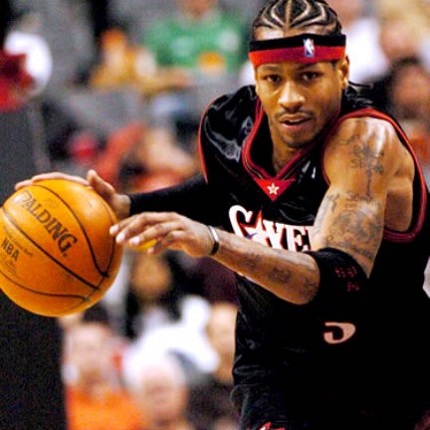 Poor Allen Iverson: the 11-time NBA All-Star, who earned over $154 million during his 15-season career, is reportedly in deep financial trouble.

How did one of the top players in the NBA burn through so much of his fortune in such a short time?

Here are the key reasons Iverson lost control of his finances and the lessons we can learn from those missteps.

Live Within Your Means

Over 60% of NBA players reportedly go broke within five years of retirement. Iverson, who retired from the NBA in 2010, fell right into that trap. In his heyday, Iverson had expensive tastes. According to TMZ, his monthly expenses included $10,000 for clothes, $10,000 for groceries and household items, $10,000 for entertainment and restaurants, and $1,000 for dry cleaning. But that was just the tip the iceberg — a 2012 court filing suggested Iverson was burning through about $360,000 per month, with $126,000 going toward various creditors and mortgages. At the time, Iverson was still earning $750,000 annually from endorsements, but that was not enough to cover those crippling expenses.

The lesson here is that everyone — including the highest-paid NBA players — must live within their means. An annual income of $750,000 makes you a member of the one percent, but even earnings that high can be quickly drained by frivolous purchases. A few years into his career, Iverson deserved to enjoy the fruits of his success, but some of those most excessive indulgences, including several multi-million dollar mansions, have only added to his financial woes. 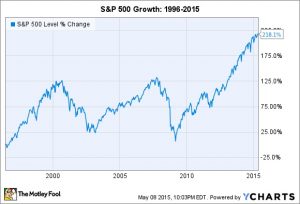 Iverson loved to buy expensive jewelry, exotic cars, and designer clothes. But all of those things lose value over time. High-end jewelry is sold at a premium to generic brands that contain the same precious metals or gems. All cars lose value the moment they are driven off the lot. Secondhand clothes — even high-end designer brands — are worth a fraction of their original price.

Considering the short careers of most professional athletes, Iverson could have invested just a small piece of his earnings to plan for the future. Despite the numerous investment vehicles available to superstars like Iverson, even blue-chip dividend stocks and straightforward S&P 500 index funds would have done the trick — just look at the growth of the broad market during his NBA career (1996 to 2010) and beyond. And he certainly had the risk appetite to try his hand at building a stock portfolio — Iverson reportedly gambled away over $1 million in a single night in Atlantic City.

Money Managers Are Not The Answer

It is tempting to think Iverson might be better off today if he had let professionals handle his finances. While certainly better than the casino floor, money managers are not always great investors. They actually pursue professional athletes so frequently that the NFL established standards for “league-approved” asset managers. According to The New York Times, however, only about 50% of NFL players use league-approved advisors. The NBA has not instituted similar requirements, although it introduced a Rookie Transition Program in 1986 to help its players make better money decisions.

At his level, Iverson could easily have paid the hefty fees and commissions of top money managers, but for the typical investor, the best investment you can make is in your own education: learning about the market, how to evaluate companies, and creating a portfolio that fits your long-term financial goals. Here at The Motley Fool, we believe anyone — regardless of education level — can learn how to invest their own money without the aid of professional money managers.

Things Are Not All Grim For Iverson

Despite these struggles, there is a silver lining to this story. Reebok, which holds a lifetime endorsement contract with Iverson, set aside a $30 million “rainy day” trust fund for him. Iverson will not see a penny of it until 2030, but it will leave him in good financial health for his golden years. I dare say that most of us will not enjoy similar windfalls from our sponsors, and that is why it is so important to plan for the future, especially during retirement and the reduced income that comes with it.